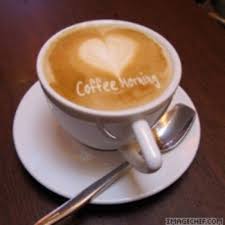 Studies have shown that any of the de-ionized loxiphenyls is highly carcinogenic in the presence of saturated oxitan. Even minimal exposure to the sulfuro-hydrogelous-exipons almost invariably causes cardiac atomatoxis and aggravated renal palagromia.”

… I am on page 54 of Mark Helprin’s ‘Memoir from Antproof Case’.

I enjoyed his ‘Soldier of the Great War’ literary masterpiece tremendously and when I came upon another book written by him, I thought I would give it a try.

As I sip my hot cup of coffee, cradling it tenderly while reading … such pleasure, such comfort …

“(…)  Cafeine is similar to the genetic code. (…) C8H10N4O2, 3,7-dihydro-1,3,7-trimethyl-1H-purine-2,6-dione. As you know, DNA duplicates itself, but caffeine interrupts this holy process like a typhoon blasting all the punts on the River Isis, and explodes the genetic system. Caffeine replaces adenosine at the receptor sites of the neurons, causing the neurons themselves to fire at untenable rates. (…)”

OK, I shift uneasily. Perhaps I will stop reading. Pick up the story at a later date.

I am almost finished with the book. Granted … I did not enjoy it as much as ‘A Soldier of the Great War’. Probably won’t even recommend it. But as I am about to finish it ..

“Why, might you think, is coffee officially considered a doping agent at the Olympic Games? (…) Coffee is second only to petroleum as a commodity traded among nations. 750,000 tons of it are consumed every year in Brazil alone. In Rio and São Paulo coffee is served to clerical workers as they labor, which explains why our electricity bill sometimes amounts to a billion and a half dollars, and why I receive letters addressed to ‘Dear Mr. Deceased’.”

Well, I think I will make myself an Earl Grey tea…